Why Is Swift Preferred For Enterprise iPhone App Development? 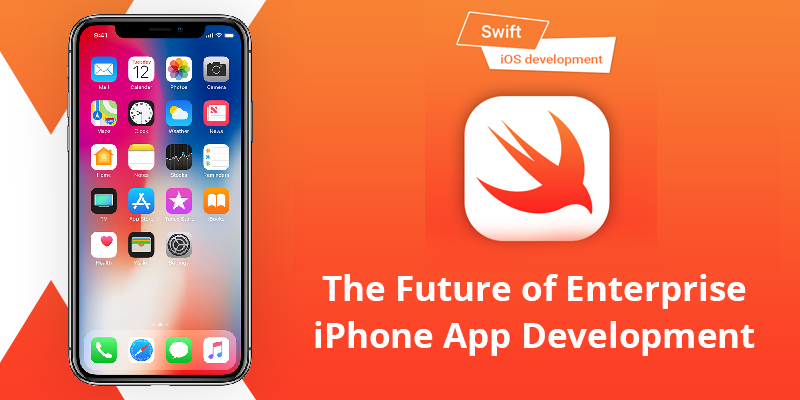 There are many applications in the app store that have been developed with the help of Swift such as LinkedIn, Lyft, Yahoo Weather, etc. Those applications are considered as the best apps not only because of its brand background, but also the functionalities and design that those applications deliver. Here are some of the reasons that why you should opt for Swift with your Enterprise app development.

The Swift language is adopted as the official development language of the iPhone App Development. This has lead to many new developers learning Swift for iPhone development which has made Swift a trending technology. The old objective C codes are converted to Swift codes to give the application good functionality. Therefore, it will be good if you develop your application using Swift.

The code maintenance in Objective C was a drag probably because of the growing hardware variety of Apple devices. So whenever Apple decides to release a new device, the developers have to make extensive changes in the codes to match the application with the caliber of the device. The Swift codes have made is really easy for the developers to make the application changes faster and with ease. Hence it is wise to code in Swift if you are developing an enterprise application which is prone to changes.

Here are some of the reasons why you should choose Swift for your enterprise iPhone App Development. Swift is a development language that is also evolving on a precedent rate. It is about time the iPhone app developer to adopt Swift as their primary development language. If you are a business looking to develop an Enterprise app, then make sure that your developers are using Swift for the development of the application.