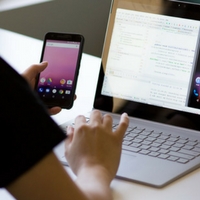 According to stats hundreds and thousands of applications are launched in the app market every single day. Be it the Smartphone industry or the app development domain everything revolving around these two including OS versions, development platforms, frameworks, tools, etc. are evolving at a rapid pace. With so much happening all at once, the one department that has been facing too many challenges would certainly be the testing department. Some of the common challenges that mobile app testers generally come across are OS fragmentation, testing on a slew of mobile devices, different mobile app types, different testing tools, various test interfaces, etc. So what if testers encounter these challenges? How can they really overcome them? Hence, if you are a mobile tester, read on below to know about some useful information that every app tester should be familiar with:

Identifying the Nature, Scope, and Goal of the Application

As a good mobile app tester, the very first step to a successful testing process is a proper understanding of the project. Any app tester out there who is about to test an app should have a comprehensive knowledge of the project or app’s nature, scope, and fundamental goal.

How customers used to perceive mobile apps before few years has changed considerably today. Users expectations have changed – be it in terms of mobile apps or mobile devices. Hence, one should be familiar with what the users are really looking for. Because when you know this you can scale down substantially on your testing operations as you will know what you should be actually focusing on. This would generally include users’ preferences, UI/UX, functionality and beyond.

In order to simplify the testing process, a testing strategy should be formulated so that the other testers in the team would know about the instructions relevant to the app project. This would help you in prompting consistency in testing as well as bring productive test coverage.

Yes, you can use emulator and simulator during the initial stages of development but for genuine test results, you must test your app on real devices so that you get a better idea of the app’s look and feel.

UX testing is probably the most important task that an app tester has to carry out. The success of any app is largely dependent on how the user perceives it. Hence, a tester should test the UI consistency, custom device feedback, visual issues, UI behavior, user journey execution, user interaction visualization, responsive design behavior, and application-specific functionality.

Compile a list of all the devices and OS’s that you are going to test your app on. You can even use emulators to test older versions or avoid the devices which the manufacturers or vendors no longer support.

Testing on Native Mobile App should commence from the installation and launch process. As a mobile app tester, you must have access to the device ID and given that the app uses third-party API, API testing should also be performed.

If you are testing an application that requires an internet connection then you must test the app for Wi-Fi, GPRS, mobile data, 2G, 3G, 4G, 5G, etc. When you are testing an app on different browsers it might look different on each of them, hence you need to take care of such things. Testing on web-based mobile applications should include load and performance testing as these two are very important when it comes to web-based mobile applications.

Testing for updates and Install/Uninstall Processes