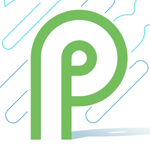 The latest Google I/O event held in Mountain View, California had many staggering announcements that have changed the face of all the Google products. One of such Google products that have taken many people by surprise is the new updates on Android P. They have completely adopted AI and have placed it in the core of the operating system. This has enabled the system to work efficiently and has made the ability of applications to interact with the system easier.

The aim of Android P is to focus on three important factors which are Intelligence, Simplicity, and Digital well-being. They believe that these factors can help them built an efficient system that has overcome the flaws of the previous Android system. They have introduced many features in the latest version of Android P that has changed the way your device feels and looks. The new version has completely changed the UI and UX which has got many developers and users excited to get their hands on them. Here are the features that were introduced at the event.

This is one of the factors that Google focuses on that can give the system an intelligent upgrade to make the system work faster.

Slices API – This is a clever API that has personalized the experience of Android users. This API enables the application to interact with the operating system where the data from previous user interaction with the application can be displayed in the search result of Google. For example, if you search for Uber then the Google result will display slices of result that will display data from previous Uber trips.

Adaptive Brightness – The brightness of the device will adapt your pattern and also factor in the lighting conditions of the environment. This is only possible with the power of AI where it learns your personal preference of brightness. The test audience were noticed to change the brightness rarely after the introduction of this feature.

The second factor will make sure that the new features are perceived easily by the users. The feature changes in the system were also simple and can be easily applied by the developers to the application that can positively affect the UI/UX design of the system.

ML Kit – The ML Kit is an SDK that is developed by Google with which the developers can add prebuilt API in their application. The best part about this Kit is that it is available for both iOS and Android. This kit will be made available to the developers next week.

App Prediction – This is a simple feature that will show the frequently used application in a special tab which will provide the user with quick accessibility. These features have completely redefined the user interaction and experience of the system.

New Gestures – The new gestures and UX design have changed the overview of the home tab of the system. The new gesture includes a single home button instead of three buttons. The “swipe up” gesture will show the recently used applications and multiple application can be controlled from there.

The digital well-being of the user is the third factor and an important issue that Google has addressed. The new features have definitely made sure that this system doesn’t only help users but also be concerned about their well-being.

Dashboard – The dashboard will display the ratio of device engagement and time. This will keep track of the amount of time that the user spends on the device. How many times does the user unlock the Phone? How much music does the user like? And so on. This will help the user understand how to maintain a fixed time for the device.

App Timer – The app timer says it all. This feature will help the user to set a timer for each app and will remind the user when to stop the application. After the user has used the application according to the timer and when the time runs out the app icon will go grey reminding the user the usage. Although the user can access the greyed application, this is only a design amenity that concerns the digital well-being of the user.

DND or Shush mode – This is a useful gesture when you want some peace and silence. When the user places the device face down the device automatically enters the shush mode which will disable any sound or vibrations from the call. Although you can enable certain contacts that can reach you when you are in the shush mode so that you don’t miss anything important. Alarms along with the selected contact will be enabled in the shush mode.

These features seem interesting and interactive. The Android P system will definitely change the face of Android App Development domain and the application will be more interactive on this platform. Hence the time will tell us the real capability of the Android P system, but Google has made a beta version of the system and made it available to the users for feedback. The new Android P beta preview is available on major pixel devices and on major device platforms. Google is still looking to enhance the Android P systems further from the feedback of the users.